The Power of Choice

Correct, I want good. But I am only a man in a world of concealment, with an evil inclination and desires and an enormous power of choice, and what if I’ll make a mistake and lose my direction? 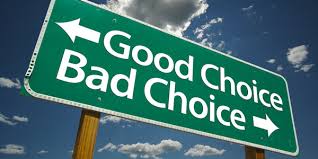 Burning with desire and yearning, Bilam goes out to curse the Jewish people.

He knows that Hashem loves the Jewish people greatly, that the Jewish people are the chosen and blessed nation amongst the nations, and that no father would let someone curse his children, in any situation.  Nevertheless, he is stubborn.

Hashem says to him explicitly, “you shall not go with them!  You shall not curse the people, for it is blessed!” (Numbers, 22:12)  All that he hears is “don’t go with them”- with the original ministers Hashem does not let him go, but if Balak brings him ministers that are greater than them- then there is a chance.  Balak sends to him ministers that are superior, “and then when they came again and Hashem saw his incredible, impure desire to go with them, Hashem said to him: ‘if the men came to summon you, arise and go with them’ (Numbers, 22:20)…” (Likutei Halachot, Laws of morning blessings, 5th teaching); and Bilam arises in the morning, full of fervent hatred, saddles his donkey and goes out to curse the Jewish people.

“After this when he went, his donkey stood there three times and was oppressed by the angel that came toward him to follow him.  He did not pay attention to this and went on his evil way, until Hashem opened his donkey’s mouth and spoke to him and reprimanded him.  Afterwards Hashem revealed to him the angel who was positioned toward him with a drawn sword… nevertheless Hashem did not want to nullify his will… and Hashem responded to him according to his will ‘Go with these men’ .  It was all because of his choice, like our Rabbis of blessed memory said on this Torah portion ‘on the path a man wants to go, in that way he is lead’ …”[1]

A person wants something, he asks Hashem and Hashem says to him no.  He continues to want, and becomes wise, and he does not relax.  Until Hashem says to him- do you know what? You want it so badly?!  Please, do whatever you want. Get up, and go with them.

What does this mean?  That Hashem agrees with him?  That this is the correct path? That he is going the right direction?

No. It means that this is a bad and mistaken path that leads to destruction.

Why doesn’t Hashem forbid him with a serious prohibition to go with them?  How does he allow him to go?  He should make an earthquake or a Tsunami.  He should explode the walking trails to Moab and its entire infrastructure.  He should make a flood.  He should mix up their language.   He should block him from going!  Why does he let him walk in this destructive path?  And he even says to him: “okay, you can go,” why?

Rebbe Natan teaches: “And we see in this Torah portion the main aspect of power of choice, when Bilam goes to curse the Jewish people, and how Hashem behaves with him.  Because his will was very strong to curse them… and the principle part of the power of choice is by means of Hashem hiding and concealing his will with great concealment…”[2]

When we think about this deeply, we are shocked. As long as we are speaking about the evil Bilam and his choices, we can look at this from the side and become angry at his horrifying blindness, however when it comes close to us and touches our choices, it begins to stress us out.

Correct, I want good. But I am only a man in a world of concealment, with an evil inclination and desires and an enormous power of choice, and even without the power of prophecy that rested upon Bilam!  And what if I’ll make a mistake and lose my direction?

Behold in the direction I want to go, I will be lead!!

What does that mean I will be lead? It means that there is a path I am supposed to go on, and if I suddenly chose to turn left to the bad side, not only do they not place a barrier and puncture my tires and turn off my headlights; rather they even pave the roads for me and provide for me fast highways and they exchange for me the Subaru with a Jeep with a full tank of gas and a good engine…

They help me on this path!

I am lead on the mistaken path that I chose!

And this is scary!  If I don’t have a verbal Waze program which will get me back on the path each time, then how can I be saved and remain with the good?

This question takes us back to personal prayer, which Bilam relates to with curses that are turned into blessings:  “it is a nation that will dwell alone” (Bamidbar Chapter 23, Verse 9) – a nation that has personal prayer.  A nation that for an hour a day separates from the ways of the world and turns a back to the race and to the interests that trick us and speaks to Hashem.

Personal prayer is our place to speak about our true desires.  To tell about the forces that pull us toward the bad, about the bad desires, about the difficulties, about the evil inclination and all his soldiers who depict to us black as light and pleasant.  And to request our real truth, that after everything and before everything- only this we want, to serve only You, Master of the world.

Regarding a prayer like this our Sages said:  ‘Everything is in the hands of Heaven, except for fear of heaven’ – and the great Chassidic masters taught, that all of the prayers that a man prays, they are given into the hands of Heaven to receive them or not, but a man who prays for fear of Heaven and requests to merit to know the path that he should go on, then for sure his prayers will be received and he will merit to go on the true path!!!

View all posts by mosheneveloff